A new year means a new start, so why not make this a time to commit to getting your website working better for you to ensure a fantastic year ahead? 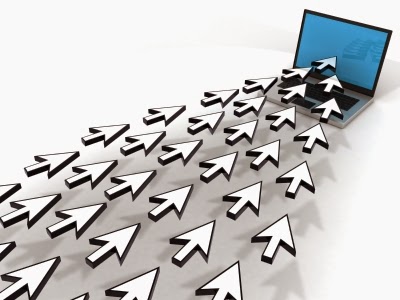 One thing we come across with clients who have little or no knowledge of digital marketing, is how a search engine works (or should work) for them.  A website is a living breathing tool that needs regular updating with lots of great content to help it perform well – SEO is much more than paying attention to keywords.
Here at DDPR, we know there are lots of other ways to make your site more visible, so we thought we’d share a few with you.
Driving traffic to your website
Use whatever means you can to physically get people (especially new visitors) to browse your site. Google logs every ‘hit’ and the more you get, the more important it sees your site as being. Ways to do this include:

It’s all about spending time and application getting it right.  Results won’t happen immediately, but if you apply a whole raft of ideas on a regular basis, you’ll be heads and shoulders above your competition!
There is lots of free advice available on line or give us a call we are always happy to a chat over a cup of coffee.
Posted by paula at 10:06 No comments:

5 reasons you should be using Prezi

We’ve all been there. The sinking feeling when you know the next two hours will be ‘death by PowerPoint.’ Nobody wants to sit through a badly formatted presentation, and nobody wants to feel they’re boring their audience.   Your style and the quality of your presentation can make a big difference to the way you are perceived, so it’s important to make it as good as it can be. Enter Prezi, a free (at baseline functionality) presentation builder – here are 5 reasons you should ditch the PowerPoints today.

If you’d like to know more about Prezi and how to use it, talk to us for further information and details about our training sessions.
Posted by paula at 16:00 No comments:

Real-time advertising: is its 15 minutes up?

It was a year and a half ago that the team at Oreo sent their game-changing SuperBowl tweet – a tweet that would eventually win them both a silver and a bronze Cannes lion.

Brands scrambled to follow their lead, to prove their cultural relevance and ingenuity by tailoring their ads to real-time events. We saw a legion of royal baby real-time spots, of which very few were truly successful or original. Charmin won big with a Thor tie-in which remained news long after the tweet was (presumably due to copyright) deleted. Every savvy British brand jumped on the Andy Murray win, again with varying degrees of success.

But let me ask you something. When was the last time you saw a real-time advert, successful or otherwise? Not in 2014, I’ll bet. It seems as though the real-time revolution has fizzled to nothing and nobody seems to know, or care, why.

What happened to this supposedly game-changing practice? Essentially it was unrepeatable. The Oreo moment was fantastic. It was novel, witty and intelligent entirely because there was no way they could’ve known there would be a blackout. It was REAL real-time. Subsequent copycat “real-time” ads couldn’t capture that Oreo magic because all the events reacted to, royal baby, film release, and even sports results, could be prepared in advance. The baby was always going to be born, the film would always be released, and Murray had to win or lose.

If social media has taught us anything, it’s that consumers like to think of brands as friends – Oreo seemed like our quick witted buddy. Unfortunately, nobody laughs at the joke that was prepared days earlier, and that is where ‘real-time’ advertising fell down. What we as marketers should take away from this is that band-wagons are dangerous, and we need to think before we jump aboard.
Posted by paula at 12:26 No comments:

Can we really ask consumers to trust social media marketing?

A recent study conducted by the Chartered Institute of Marketing has found that as few as 1 in 5 consumers trust social media marketing, and more than half of those surveyed felt there should be tighter regulations on advertising across social media platforms.
As a business which handles social media for a range of clients, we too feel the effects of consumer distrust, and the paramount importance of using verifiable sources and facts when promoting or recommending a product online.
But why the lack of trust?  An unscrupulous few take advantage of the freedom of online marketing by advertising falsely or misleadingly in a forum where there are little or no rules about fair marketing practice. The joy of the internet in terms of consumer safety is that you can share your experiences and read the reviews of other shoppers – however, increasingly reviews are appearing which are blatantly fabricated in order to mislead the consumer, which devalues the entire process.
The techniques consumers found most unethical were the creation of fake accounts for the purpose of leaving positive reviews for your own company, and employing tactics to hide negative online content. The latter can be achieved by simply burying a negative news story or review by bombarding the host site with spam or fabricated reviews until the bad news is safely hidden.
This is an inevitable problem considering the popularity of sites such as Trip Advisor, but it presents a problem for ethical business owners, and us their PR people, – how can I demonstrate the honesty of my, or my client’s, online presence?
For us, it comes down to being direct. If a client gets a negative reaction online then we work with the client to address it, rather than attempting to bury it or avoiding it entirely. From our perspective, everything is an opportunity to showcase brand value – a criticism of your business may be frustrating, but it gives you the chance to demonstrate your maturity and character as a brand.
If you would like some support to help manage your online presence,  give us a call on 01384 878777
Posted by paula at 15:22 No comments:

Why hire a social media consultant?  Why not tweet for yourself? It’s a question often posed by professionals unacquainted with the nuances of Twitter. The answer is that tweeting isn’t enough, you have to tweet strategically, at the right times with the right content. Here are our top 5 tips for better tweeting:

1.     Time your tweets – make sure you’re getting maximum reach by using software like Buffer, which determines the most advantageous time to send each tweet based on whose online when.

2.     Keep it light – don’t tweet exclusively about your business, tweet related interest pieces that draw people in to your feed, and then pepper the lightweight content with business information.

3.     Interact! This is incredibly important. Tweeting alone will not raise your profile, join TwitChats, comment on other tweets, make your presence felt and you’ll see your follower figures shoot up

4.     Tag your tweet – In our experience, some of the most successful tweets are the ones which tag other users. Get involved in Follower Friday and tag a selection of your favourite tweeters, if they re-tweet you then you extend your reach to however many followers they have on top of your own.

5.     #Hashtag – In our experience, one of the biggest Twit-mysteries for the uninitiated is the hashtag. What is it for? It tags you in to a subject, making your tweets more locatable to relevant users. Automotive expert? End your tweets with #Autos #Cars #Automotive, so if anyone searches those terms, your tweet will be included in the list of results.

So go start tweeting at people, hashtagging and searching for interesting content, if you’d like to know more about building a following online, get in touch with our team – we’d love to hear from you!

For many 18-25 year olds, the second tab open after Facebook is Buzzfeed. It’s read across the world and sees millions of visitors every day. The potential of that is un-missable, and now the biggest and the brightest are catching on.

Native advertising means cloaking an advertisement amongst entertaining, seemingly agenda-less content. For example, ’15 Reasons why we wish we were Brad Pitt’, outwardly a commonplace article within Buzzfeed’s largely list driven content, is likely to be promoting Pitt’s new film – a fact you won’t be aware of until you reach the subtle plug at the end of the article.

Does it work? Some believe it’s the smartest thing since viral videos, whilst others think it’s pointless – personally I think the truth lies somewhere in the middle.

One of the major benefits of native advertising is its unobtrusiveness, you’re too subtle to become annoying, you can post all you want, and as long as your content stays cool, your brand doesn’t run the risk of becoming overexposed.

However, it’s this very subtlety that prompts argument about the actual effectiveness of this medium.

The nature of Buzzfeed means your audience is constantly moving. Most users will skim through multiple posts throughout the day, because the top story is always changing. Buzzfeed is the McDonalds of online content, it’s quick, it’s easy but it isn’t particularly memorable.

To make native advertising work, you have to settle on a theme that ties your posts together, and makes them form a cohesive, memorable, narrative.  A great example of this is the #BreakFree thread from Virgin Live. The theme is that Virgin Live users ‘break free’ from the usual – so ’16 reasons being old doesn’t have to suck’ or ’15 animals that don’t know their place in the animal kingdom’ are just one part of a consistent message. The repeated #BreakFree at the end of the post, and the continuation of one theme makes the content memorable, and links it strongly to VirginLive.

In summary native advertising can be great if your strategy is right – otherwise your brand can get lost amongst the content.
Posted by paula at 13:46 No comments:

There’s no avoiding the fact that social media winners are built on strong and original content that engages and drives response. This can be challenging, particularly if you’re targeting a broad age range, so to make life a little bit easier, here are DDPR’s top tips:
Try and be flexible - you may have been planning your campaign for weeks, but some of the most engaged with content is the last minute, zeitgeist grabbing posts. The triumph of Oreo at the

Superbowl is a great example. They had an ad planned, but they also had a team on standby in case something notable happened that they could adjust their spot to – click here to check it out.
There you have it, the DDPR top tips for producing quality content. Got anything to add? Drop me a note at beth@ddpr.biz.
Posted by paula at 13:20 No comments: